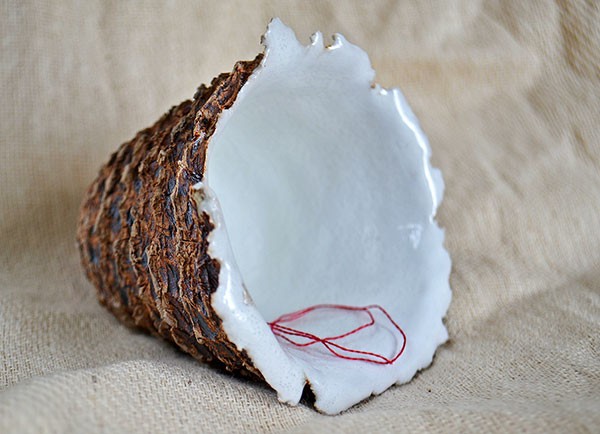 Created in response to a visit to Bodmin Jail in Cornwall England. 8 women were hung at the prison between (1868 – 1899).
Several of these women had been living in very difficult circumstances – homeless and single with several children at a very young age, often working and living in workhouses. 1 of the women Selina Wadge was hung for the murder of her own child after having met a man who promised her a better life but not with all of her children.
Rope was my starting point – it was integral to life within prisons, used to hang those sentenced to the death penalty, unpicking rope was a prison task and the unpicked rope would be used to caulk boats used for transportation to the colonies. Using this rope I have referenced the idea of spiralling out of control by making coiled rope bowls using basketry techniques. Clay pushed into the rope basket creates a bone like remnant, a memory, whilst also referencing the ideas of unravelling and deterioration.
Iron oxide was used to enhance the ropes texture on the outside of the item (Iron locks, prison keys) a tin glaze was used inside (tin bowls and cutlery were issued to each prisoner). The piece is also empty – empty lives. It doesn’t stand up and couldn’t hold anything – pointless and purposeless, lives that were not lived to the full.
The red thread inside the piece references the phrase ‘hanging by a thread’ as well as a significant reminder of the severing of an umbilical connection between a mother and her child.
Moments before Selina Wadge was hung she was heard to say ‘Lord deliver me from this miserable world’. 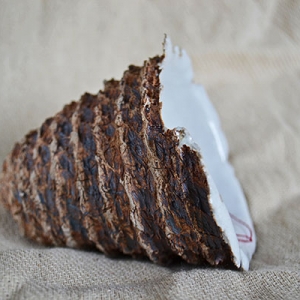 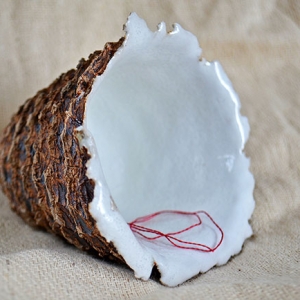 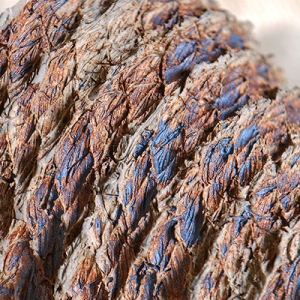