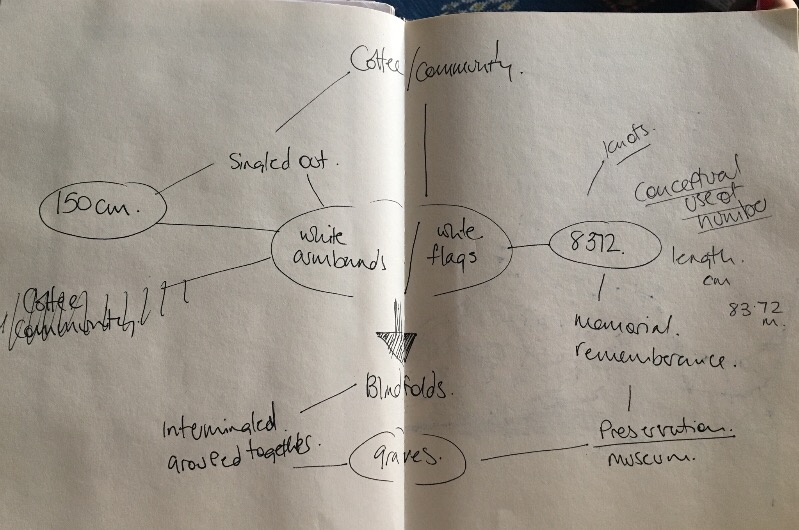 Since visiting Bosnia and Herzegovina my fascination with blindfolds found in mass graves has developed to further explore the timeline of events in Srebrenica.

It is this interpretation of events that placed together has deeply moved and inspired me.